Over the past two weekends, I’ve enjoyed four nights of incredible dance performances – twice on stage, at the Music Center’s Dorothy Chandler Pavilion, and twice on the big screen, at the Royal Theater in Laemmle.

After 24 years, the Royal Ballet has returned to Los Angeles to perform its seminal work, Mayerling, created by renowned choreographer Kenneth MacMillan in 1978. Set in 19th century Vienna, it tells the story of dangerous royal liaisons with the death of an Austro-Hungarian prince and his teenage mistress. Sumptuous scenography. Wonderful costumes. Incredible dancers. It all impressed me, but, to be completely honest, it didn’t emotionally engage me as much as I had hoped.

Coincidentally, two days later I went to see another Royal Ballet show, this time, Romeo and Juliet, to Prokofiev’s iconic score, with original choreography by MacMillan from 1965. It was filmed during a live performance at the Royal Opera House and presented by the Laemmle Theater here in Los Angeles. This time I was completely and fully engaged by the dancers who told the heartbreaking story of Shakespeare, enriched by the music of Prokofiev.

Two more days passed, and I found myself back in Laemmle Royal – this time to watch a filmed performance of Swan Lake, with choreography by Matthew Bourne, in which all the swans are male dancers. Talk about a thought-provoking, high-spirited take on a classic ballet… I give it a high-five.

Last Saturday I was back at the Dorothy Chandler Pavilion for another evening of dance performances – this time a collaboration between the Royal Ballet and the Wayne McGregor company. The Los Angeles Philharmonic Orchestra, under composer and conductor Thomas Adés, performed Dorothy Chandler for the first time since the orchestra moved to the Walt Disney Concert Hall in 2003. 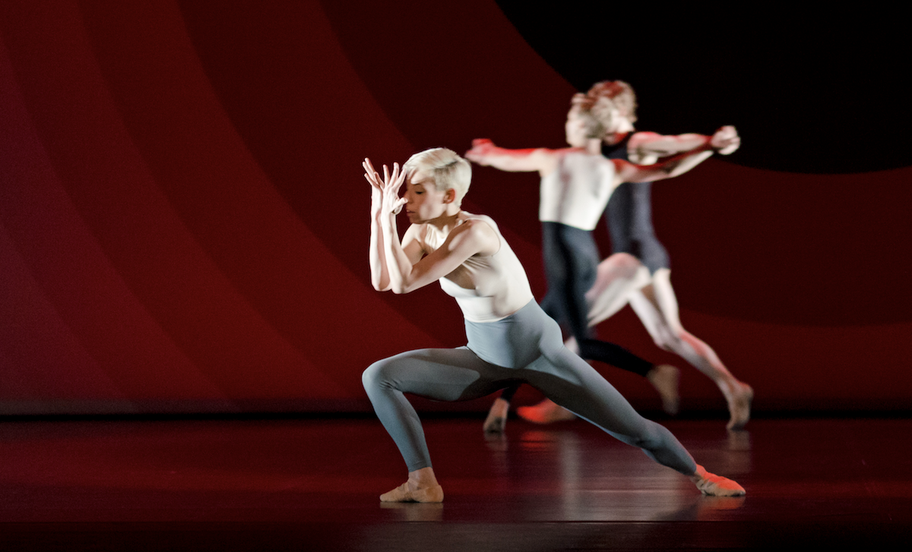 Seeing the dancers perform incredibly difficult movements with incredible lightness, one would have thought that Gods and Muses had given them an extra vertebra. It was an extremely sensual and seductive presentation. 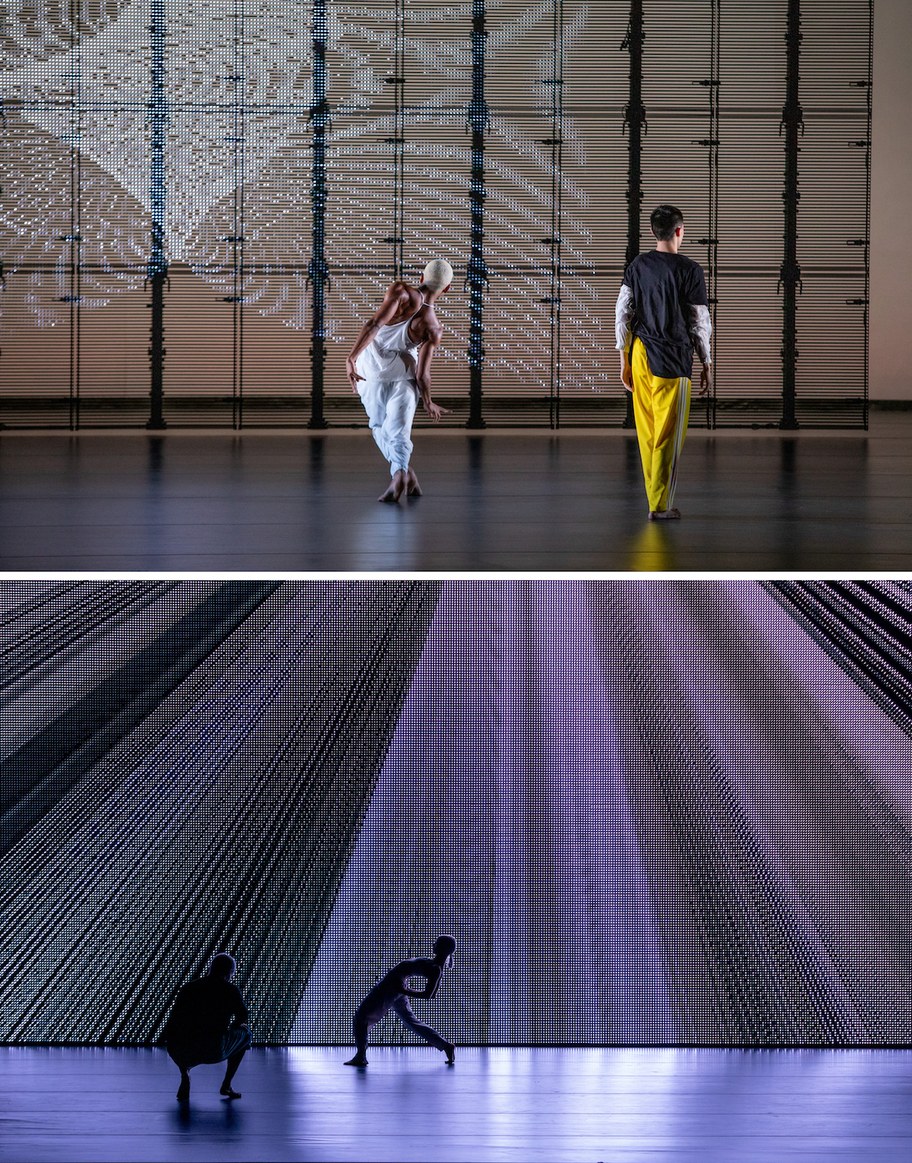 The most intriguing part of the program that night was for me Living Archives: An AI Performance Experiment, which included a video installation by Ben Cullen Williams. Who knows? This artificial intelligence tool developed in collaboration with Google Arts & Culture Lab could have been a window into the future of ballet theatre. 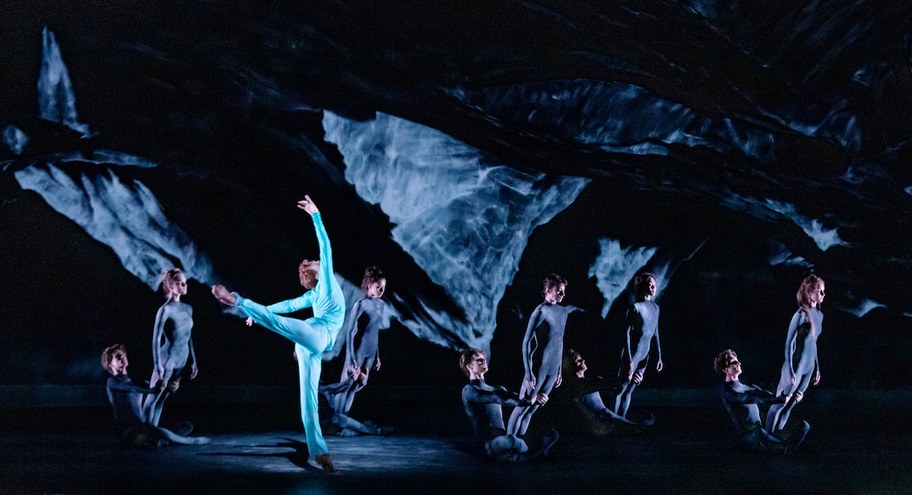 The Dante (Inferno) project by Adés and McGregor: a dance collaboration. World premiere featuring dancers from the Royal Ballet. Edward Watson and the artists of the Royal Ballet. Photo by Cheryl Mann. Courtesy of the Music Center.

The most anticipated program of the evening was the dance world premiere of The Dante Project, Part 1 (Hell), with sets and costumes by famous British artist Tacita Dean. Dark, brooding and dramatic… that’s how I felt. 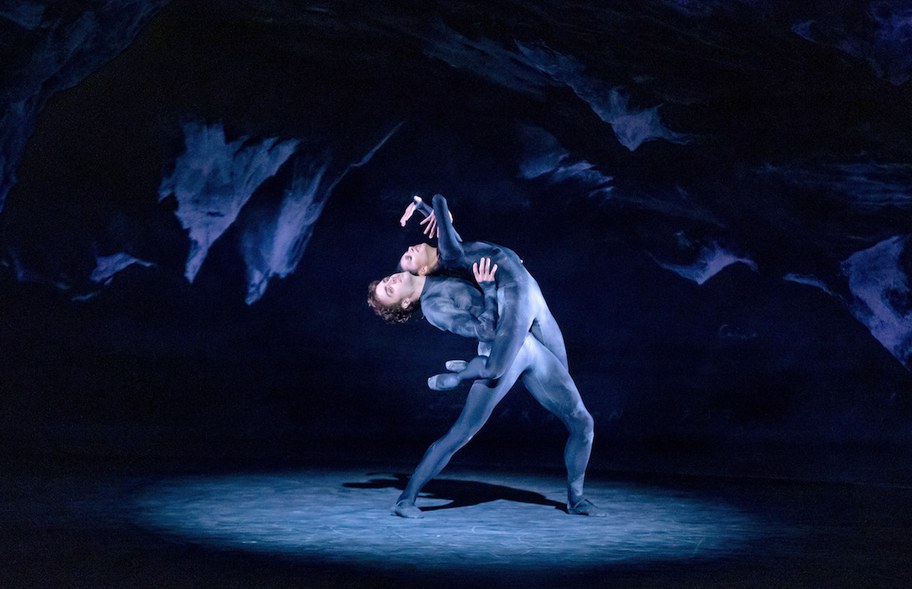 Here we are with Virgil and Dante, traveling through the underworld – but, the musical score of Hell d’Adés with McGregor’s choreography made me feel like I was in heaven. With all of these dance performances over the past ten days, I was as visually informed, engaged, and challenged as I expected to visit art galleries and museums. It was music to my eyes and ears.

The Delaware Art Museum is planning an eclectic lineup of musical performances to reaffirm the museum’s mission to engage the public in an exploration of artistic creation through stimulating conversations and performances. “In 2019, the series pursues the twin goals of peak performance and social justice,” said Jonathan Whitney, manager of performance programs and community […]

Entertainment: ‘Art in Motion’ opens with a bang with dance performances of various genres (10/10/22)